Born in Willesden England, December 18, 1959 and growing up in Kingston Jamaica, Tony Owens started out playing vinyl records in 1978 on the “CLOSE ENCOUNTER DISCO”. He also was a regular guest of RJR’s Holford Plummer Saturday night “Disco Mania” show on RJR Radio 2 (Now FAME FM) between 1982 – 1988. However it was July 1999 to September 2011 that marked the period when he captured the hearts of Jamaicans who listened to RJR (Radio Jamaica) on a Saturday morning (The Epiphany) 5 – 9 am, where he whipped up a storm of classic oldies of different genres. DJ Tony Owens hosts the "Back In The Day" show every Saturday starting 9.00 AM to Noon EST. 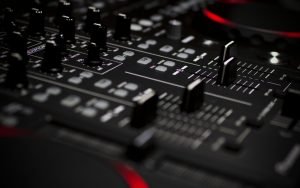