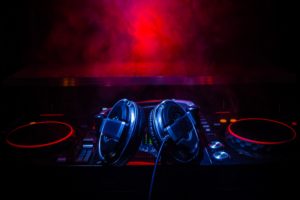 Mercott Alexander known as Prince to his family and friends… aka DJ Prince to his music followers was born in Kingston, Jamaica in February of 1968.  He left Jamaica in his early teen years and migrated to Bronx, New York where his love for music began.  He started collecting records of all genres, writing lyrics for back in the day wrapping sessions at parties and family functions. In his early 20’s he wanted to relocate to Miami and his love of music flourished with the collaboration of Tidal Wave Crew with Father Mel and James E.   Part of his journey in music was his experience working with Ram Jam Records and the music industry.   He stepped away for a few years from his love music to pursue his degree in electronics.  As life would continue, he got married and had two children and settled over 18 years in his current job at AT&T and still continued his love of music.   DJ Prince has played and hosted over the years many private parties, corporate functions, weddings, night clubs and destination functions. Five years ago, DJ Prince started streaming and playing Mad Mondaze on Jusmuzic.com and recently reconnected back to Jusmuzic family with Tidal Wave Crew.

He is known today as the DJ with worldwide tunes with a Caribbean flair able to play and mix  music of all languages from different countries.  He currently plays regularly at the Sandbar in Cutler Bay bringing back the 80’s mix with latest top hits. He continues to DJ not only in Miami but travels throughout the state of Florida, New York and Atlanta.