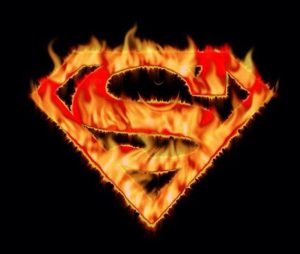 Snakie, as the music industry knows him over the years, has been a melodious force in the entertainment world for decades.

He started out as a break dancer but wasn’t satisfied and wanted more in the world of entertainment.  In 1982, after developing a deep love for music, he started following the sound system called Blackstone Disco, which was the number one sound system in Eastern Kingston.  Eventually, he became a part of the crew and his job was to help moving the cables and lifting speaker boxes.

In 1984, on his way home from the library, he heard disco music playing.  With his new found love for all types of sounds and rhythm he followed the bass which led him into Skateland Half Way Tree, which started the true birth of DJ Snakie.

Thanks to Mikey, Super Mark, Marlon and Andrew who helped to groomed and mold him over the years, he is now a man in control behind a set of turn tables, mixers, and a microphone. A fast learner he was, blending beats, mixing in an artistic fashion, skilled enough to fill in for a DJ when a break is needed or someone does not show up.

As the years passed by, he became the resident DJ for Skateland with hundreds of followers.  In 1988, DJ Snakie was offered a job at J.B.C. FM Radio.   He was the first DJ in Jamaica to travel to different dancehalls playing as a “Guest DJ” and not as a sound system alongside prominent sound systems like King Jammy’s Hi Fi, Silver Hawk Sound, Heatwave Disco, Blackstone Disco, Inner City Disco, People’s Choice Sound just to name a few.  He would rock the crowd with what is known as dancehall music today, with his pre-releases and dubplates that were given to him by artists and producers before they were available to anyone else.

As the dancehall music became more poplar, DJ Snakie became a household name.  In 1989 he was invited to Fame FM, on the Hall Plumber show to play on a Saturday night along the finest Mixologists (DJ Al, DJ Frank, DJ Squeeze and more).  An amazing show “talent fi kill!” all in one night.

Jamaica had a long, enjoyable run  with DJ Snakie before he migrated to the USA.  His love for music continued which led to him becoming one of the resident DJ’s at the Empire Roller Rink in Brooklyn, NY.

He now entertains different parts of the world with his gift and love for different styles of music LIVE from his home base affectionately called, “Mixcity Studio” located in New York City.

His journey is never complete so, DJ Snakie continues to aim for higher heights as God has blessed him with this talent.

Don’t forgot to tune in on Monday’s on Jusmuzic.com, 3 pm to 6 pm for the “Drive Time” hosted by DJ Snakie.