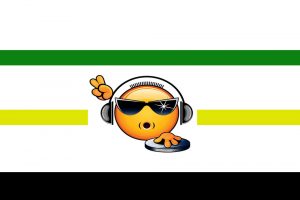 Keron Brown A.K.A DJ Surprise is a very humble young man, who was born in the beautiful parish of St Ann, Jamaica. His love for music started at a tender age, when he used to have sleepless weekends listening to the all the top sounds systems in Jamaica, playing at a lawn which was close by his house named Circle B Farm. In trying to explain the love for good music, and the sound system culture, he was lost for words.

Anywhere there was a sound playing,  DJ Surprise was there just observing the system and  hoping that one day for a chance to spin a record. His uncle was a DJ on a sound system called Duke Hamilton Disco, and in 1993 while he was in high school he finally got the chance to join the sound system, where he learned how use his beat matching skills to mix almost any song that was on either side of the turntable.

Surprise was later employed on a sound system called Soulsville Disco in 2004, where he started to mastered the craft of playing at different types of events. In 2012, he started working with Redstripe as a DJ on one of its mobile music machine, where he traveled all over Jamaica playing at various events, promoting the brand.

Then came 2015 and he decided that it’s time to fulfill his dream of owning his own sound system. Then BOOM!!!!!!  That was the birth of Hypnotize Movements, which he is now promoting as a sound that plays strictly oldies and retro, as that is his favorite era of music. So join him on JusMuzic.com every Thursday @ 9pm-12 midnight as Surprise hypnotizes your minds with the Happy Thursday vibes.