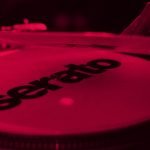 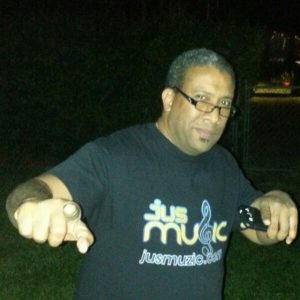 Born in London England, and migrated to Kingston Jamaica at the age of 4. There he completed his prep and high school education. Migrated to Miami, Florida to complete his education where he graduated from college and works in the IT Field from 1993 – present. During this time he kept playing music as he did when living in Jamaica.

Dj Warrick was exposed to sound systems back in 1982 by his now partner on Jus Muzic, Gary Dawkins (DJ Gary D) co-owner and primary Disc Jock on the sound called Soul Express Disco. At that time reggae music caught his attention as he started study the history of it. This journey had him align himself with another major icon Ian from Road Star Disco. This was where the puzzle of reggae music fell into place and cemented itself into his Dj DNA. Shortly after he teamed up with his then and still now his eldest also close friend David Muir to create the Ambassadors Disco. The legacy of this sound speaks for itself.

Dj Warrick migrated to Miami Florida where he played with Spinners Disco, Music In Motion, Vision Disco and now presently with Medusa Djs. During this time he has definitely polished his art as the reggae/dancehall selector. Dj Warrick has played alongside many icons in the business both local and foreign. To name a few Stone Love, King Waggy Tee, HMV, Renaissance Disco, Gemini, Travelers Disco, Exodus, Super Dee, Legacy Disco, LeJeaux Disco, Colossus Disco, Obsession Disco, and many more.

Dj Warrick over the years has kept evolving with the times even though his musical heart is 70’s, 80’s and 90’s. However, he has now started a project that has now taken the world by surprise. Everything made full circle for him as he teamed up with his mentor DJ Gary D again and came up with a concept. Noting that there are so many so called Caribbean Stations that play 90% Yankee Music and forgot their roots. They came up with the music website Jus Muzic.

To hear this selector/artist paint a musical portrait, you can tune into Jus Muzic (www.jusmuzic.com) every Friday 6pm to 9pm for the EFFN Friday Show.

One Love, One Heart And One Movement.
Remember it is nice to be important but more important to be nice.

Hosted by DJ Warrick every Friday starting at 6pm to 9pm EST.

Deanie Ross (known on the Radio as Bonnie) was born in Jamaica and is married to Errol Ross, who co-hosts the Hill Top Show on JusMuzic Radio. Errol Ross, Jamaican born, has been a member of the Audio Engineering Society of America since 1975.  Certified by the Institute of Audio Research, NY, NY, 1975 & 1976 respectively in “Studio Technology and Practice” as well as in “Control Room Lab;” was recording engineer at Aquarius Recording Co - the first 24-track studio in the West-Indies; and then became cutting and recording engineer at Dynamic Sounds Recording Co. Errol engineered and mastered for Peter Ashbourne/JBC Radio, Ernest Wranglin, Boris Gardner, Wailers, Beres Hammond, to name a few.