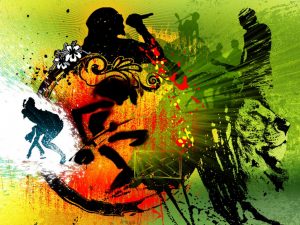 During his school years Glamma Penn attended St. Andrew Technical High School where he had graduated 1986.

After graduating, he found his passion for sound systems. It was then Glamma Penn took on the art of Djing seriously. His style caught the attention of people and it granted him opportunity play on many sounds including Eagle Force, Kenyatta, Stacy’s Sound, 4 By 4 Exodus, Jam One, Titanium Extacy Sound. Glamma Penn now resides on Basement Squad.

Glamma Penn was asked why he loves playing music. His answer was because it takes him to another place spiritually to what no words can express. Due to this feeling, he tries to make his music take the audience to this place as well.