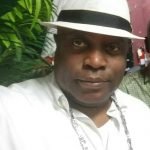 Snakie, as the music industry knows him over the years, has been a melodious force in the entertainment world for decades. He started out as a break dancer but wasn't satisfied and wanted more in the world of entertainment.  In 1982, after developing a deep love for music, he started following the sound system called Blackstone Disco, which was the number one sound system in Eastern Kingston.  Eventually, he became a part of the crew and his job was to help moving the cables and lifting speaker boxes. In 1984, on his way home from the library, he heard disco music playing.  With his new found love for all types of sounds and rhythm he followed the bass which led him into Skateland Half Way Tree, which started the true birth of DJ Snakie.