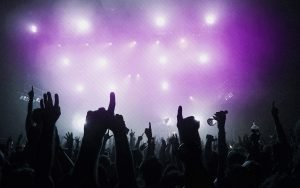 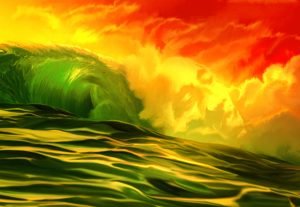 Dj Richie grew up as most young Jamaican men did back in the days. This opening sentence needs no further explanation. His home town has been and still is an area that pushes out top class talent. This part of Jamaica is called August Town. Though a rough area, those who grew up there learnt the simple policy “Only the Strong Survive”.

Music was influential movement in August Town that Richie was quick to jump aboard. His love for music grew as he listened to quite a few sound systems that played in his community on any given weekend. However, one particular sound caught the attention of this young enthusiast. The sound was called “General”. This sound was owned by Arthur a Sound Engineer and Dennis.

The style of how this sound played and its coverage of all genres were appealing to this young upcoming selector. This sound “General” at the time had a large and growing pull of supporters and entertainers. On any given Saturday night, Richie would be present at the dance to see and listen to how things were orchestrated. Yes, he was a supporter at the time of the sound.  Entertainers like Colin Roach, Michael Rutherford and Tonto Irie just to name a few would come and toast the microphone diplomatically.

Dj Richie career started as a selector when Steelie saw him and his friends at a dance in Drewsland (Another Community in Kingston) listening to a sound called Black Scorpio. They were a familiar face to Steelie (Owner of Silver Hawk) and they started talking. I guess Steelie had a good feeling about these young music lovers after an in depth conversation and gave a leap of faith. He told them if they loved music this much he will give them a sound to play. As a statue in the music business Steele lived up to his word, thus the start of the sound name “Sabra” which was named after a motorcycle.

Sabra started with three selectors and as time progressed two migrated leaving Richie to play the sound by himself for a while. Eventually the sound was dismantled leaving this young selector with two turntables a mixer and all the records. Dismayed, Richie thought his selecting career he was so fond of was all over.

Well as Karma had it. “What Goes around Comes Around” meaning if you do good things for people. Good things will come back to you. You know the rest regarding doing bad things? Richie was given the opportunity to play the sound that started his interest back a few years. Yes! He started to play the “General” in 1987. All that he had learnt and experience gained being a selector overtime, had lead him and the sound “General“ into the battlefield of sound clash. They won a couple and lost as well. But each loss was a gain for Richie as he learned the art of almshouse along with experience which gave him and the sound the edge over many.

As Richie remembers one of the most memorable clashes happened in Swallow Field (Another Community in Kingston). There “General” met “Caveman” on their home field. This was a sweet victory as he recalled. Beating the local community’s sounds on their home turf was not heard of or better yet should not be possible.

Becoming an upcoming favorite selector amongst his supporters on the “General” sound, Richie had his eyes set on the bigger things. Thinking he was now the man in the biz. He got a reality check when he came up upon a sound called “Newcleus” with another selector everyone knows that goes by the name Geefus. This was a humbling moment in Richies career as he vowed never to lose again.

His winning streak continued in 1990 when he went took a break from playing “General” and joined “Killagraph” a sound from St. Mary. On this sound Richie’s resume of being a selector grew by adding clashes with some of the greats. Super D, Killamanjaro, Road Star, Gemini , 4+4 Exodus, Exodus Nuclear, Bass Odyssey, Super Saint, Travelers to name a few. This continued for almost year and a half until he focused his attention onto another direction.

Richie returned to select “General” and over a period of time he switched to playing oldies where he grew even more in his career. He played alongside sounds like Metro Media, Venus and Black Prince ad many more. He has won many awards when representing the “General” in competitions local and abroad. One of the places where he remembers in competing was in London where he left victorious.

Riche has made his name as being an unpredictable selector which over the years has lead him to be the 5 star General Repn the sound up to this day “General”. The Richie General found a new home at www.jusmuzic.com to where you can listen to his experience on his show “Retro Vybz” every Saturday from 3pm to 6pm EST.

I make no apologies!

If there is killing I am willing! (Musically)

When plantain waan dead it shoot!

Check out “Retro Vybz” hosted by Richie General every Saturday starting at 3 pm till 6 pm EST.

Oswayn Harrow otherwise known as DJ Arrow,  hails from the beautiful island of Jamaica and has been a DJ for the past 25 years. "My experience is that music touches the soul and traveling and playing for many different people from different ethnic backgrounds, taught me that music is appreciated differently globally. My aim as a DJ is to broaden my horizons so that I can satisfy and or appease everyone I entertain. Music is my life! It brings me peace, joy and happiness and that’s what I’m looking to bring to everyone. Join me every Tuesday 12-3pm, while I bring you joy through music. Or as we Jamaicans would a seh “Come mek wi hol a Vibes”!!